Time and technology keep marching forward. Since the last time I wrote about Ethernet, we’ve seen strong offerings from a number of manufacturers, but the one that stands out the most to me is Wireworld. Most of the hifi vendors are focused on making Cat-6 sound better. David Salz set his sights on an entirely different target: Category 8. Now, if you’re like me, you probably weren’t even aware Category 8 Ethernet cabling had been defined, let alone spec’d out. You also might be wondering what happened to Category 7.

According to Wireworld, every one of their Cat8 cable employs the same “Patent-pending Tite-Shield design technology.” We’ve punched these cables down ourselves, so we can attest to this! Where the three offerings diverge is in the conductors at the heart of the cable: the yellow ‘Chroma’, the red ‘Starlight’, and the top-tier Silver Starlight are all 23AWG and all are terminated identically. The conductive wire is Oxygen Free Copper, Silver-Clad Oxygen Free Copper, and at the top, “Ohno Continuous Cast” 7N (99.99999% pure) Solid Silver. The top cable is described as, “fast and flawless 40 Gbit/sec @ 30 meters” which results in “maximum fidelity.”

This wire has been nothing but aces! The Chroma is an incredibly solid performer, easily a step up from similarly priced offerings from other vendors. It is perfect for long-haul runs from a media server to an audio streamer. The Starlight takes things to the next sonic level and is ideal for “connections on a budget” that weigh in at 2-3 meters. For the shortest patches (0.5-3m) we heartily recommend the Silver Starlight: it provides for some of the best digital audio we’ve ever heard. (By no means are we trying to dissuade anyone from purchasing a 10m run of Silver Starlight — if you have the budget for it, we’ll make it happen!) In short, you can’t really go wrong no matter what your budget is. Every level is a revelation in why Ethernet matters.

When paired with a device like the universally acclaimed Sonore microRendu (see the Audio Bacon review) or their latest offering, the ultraRendu and powered by a quality supply (UpTone has excellent options), you’ll swear digital audio doesn’t get much better than this! 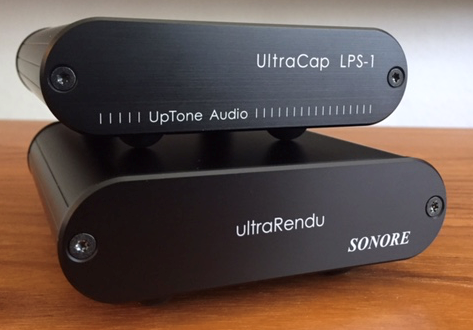 …but then you’ll add something like UpTone Audio’s ISO REGEN — a device which regenerates and removes noise from your USB signal with outstanding results — and think you’ve died and gone to audio heaven. (This sounds like hyperbole, but if you spend a few minutes reading the effusive praise on the Computer Audiophile forums for this little wonder-stack is just unprecedented). The “money” configuration looks something like this: 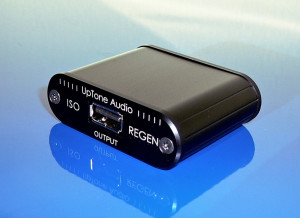 We’re living in exciting times. Digital audio has never sounded better, and it’s crazy to think that it’s getting better all the time!